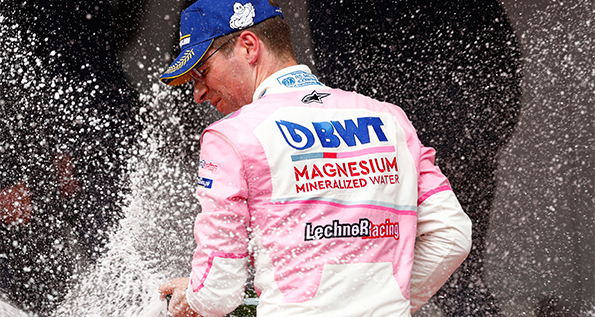 First victory of the season for Michael Ammermüller (BWT Lechner Racing) in the Mobil 1 Supercup with the German winning Sunday’s race on the Circuit de Monaco. “The race in Monte Carlo has always been the highlight of the season for me. That’s why I’m particularly thrilled with this win. I was consistently fast over the whole distance, but starting from pole position on this narrow track was the key advantage of course,” said Ammermüller. Behind his 485 hp 911 GT3 Cup, Mikkel Pedersen (DK/Dinamic Motorsport) and Larry ten Voorde (NL/MRS GT-Racing) crossed the finish line in second and third place.

Ammermüller laid the foundation for his victory at the start. The seasoned specialist defended his lead spot from Pedersen, who had also taken up the race from the front grid row. The Dane refused to give up and continued to look for ways to get past the German on the narrow street circuit. A safety car phase in lap twelve added even more drama to the race, with the field bunching together. At the restart, Ammermüller used his wealth of expertise to fend off Pedersen in the hairpin corner to ultimate clinch the second victory of his career on the circuit at the Côte d’Azur. Pedersen stated: “This is my favourite circuit on the Supercup calendar. Right from the start I put pressure on Michael Ammermüller but he used his experience very cleverly to keep me at bay. I’m incredibly proud of second place. The moment on the podium felt fantastic.” This was the first podium finish for the 22-year-old in the Mobil 1 Supercup. He received his trophy from the Hollywood actor and ambassador Patrick Dempsey.

Behind the duo came ten Voorde in third place. “This was a great result for the entire team. I got away well at the start, but I simply didn’t find room to overtake. I tried again shortly before the flag but the risk was just too great,” said the MRS driver. The two-time Olympic champion and five-time world alpine ski champion Aksel Lund Svindal presented ten Voorde with his trophy on the podium. The duel for fourth place was won by Florian Latorre (Fach Auto Tech). Witnessed by spectators in the Formula 1 grandstands, the Frenchman beat the rookie Ayhancan Güven (TR/martinet by ALMÉRAS) to the flag. Positions five and six went to Jaap van Lagen (NL/martinet by ALMÉRAS) and Junior Julien Andlauer (F/BWT Lechner Racing). “That was a tough race. My start was good, but it got extremely tight in the first corner and I couldn’t make up any positions. In the last laps I was on Jaap van Lagen’s bumper, but there was no gap to overtake,” said Andlauer.

Tio Ellinas (CY/Momo Megatron Lechner Racing) took the flag in eighth place on the 3.334-kilometre circuit. During the race, Junior Jaxon Evans (Fach Auto Tech) gained three positions and finished on ninth. “I’m satisfied with the result from my first race in Monaco. I managed to make up one position in the first lap. After that I waited patiently and profited from the mistakes made by my rivals. The entire weekend was a great experience and huge fun,” said the New Zealander. Al Faisal Al Zubair (OM/Lechner Racing Middle East) rounded off the top ten. Roar Lindland (N/pierre martinet by ALMÉRAS) celebrated his win in the ProAm class, with Philipp Sager (A/Dinamic Motorsport) and Nicolas Misslin (F/MRS GT-Racing) securing the other podium spots in the amateur category.

Thanks to his victory, Ammermüller has now moved to the top of the points table with 36 points. Güven trails the 33-year-old by six points. Andlauer ranks third with 29 points. Felix von der Laden also witnessed the action in the Principality. The German social media influencer produced a video on the Mobil 1 Supercup for his YouTube channel. His account is followed by 3.2 million fans.

Round three of the international one-make race series will be held on the Red Bull Ring in Austria from 28-30 June. This event in Styria is the home race for the Lechner Racing squad. The team comes from the Faistenau municipality. Philipp Sager also has Austrian roots. The driver from Dinamic Motorsport lives in Peggau to the north of Graz.