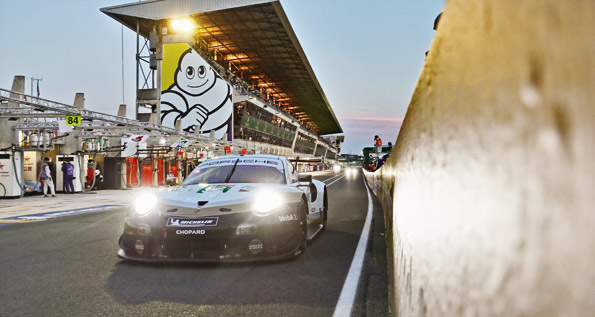 Stuttgart. The works drivers Michael Christensen from Denmark and Kévin Estre (France) are the new world champions of the FIA World Endurance Championship (WEC). The 2018 Le Mans winners claimed the title after finishing the 87th running of the world’s toughest endurance race on position 10. Christensen and Estre shared the cockpit of the ca. 510 hp No. 92 911 RSR with the Belgian Laurens Vanthoor.

“Congratulations to Michael and Kévin on winning the drivers’ world championship,” says Fritz Enzinger, Vice President Motorsport. “We can look back on a perfect year, in which we secured all GTE-Pro titles in the FIA WEC. The entire team and all of the works drivers have performed at the highest level during the 2018/2019 Super Season. The 911 RSR was the benchmark. Ideally for the coming season, we aim to build on these achievements with the new car.”

More information, quotes, photos and videos from the 24 Hours of Le Mans will follow shortly.