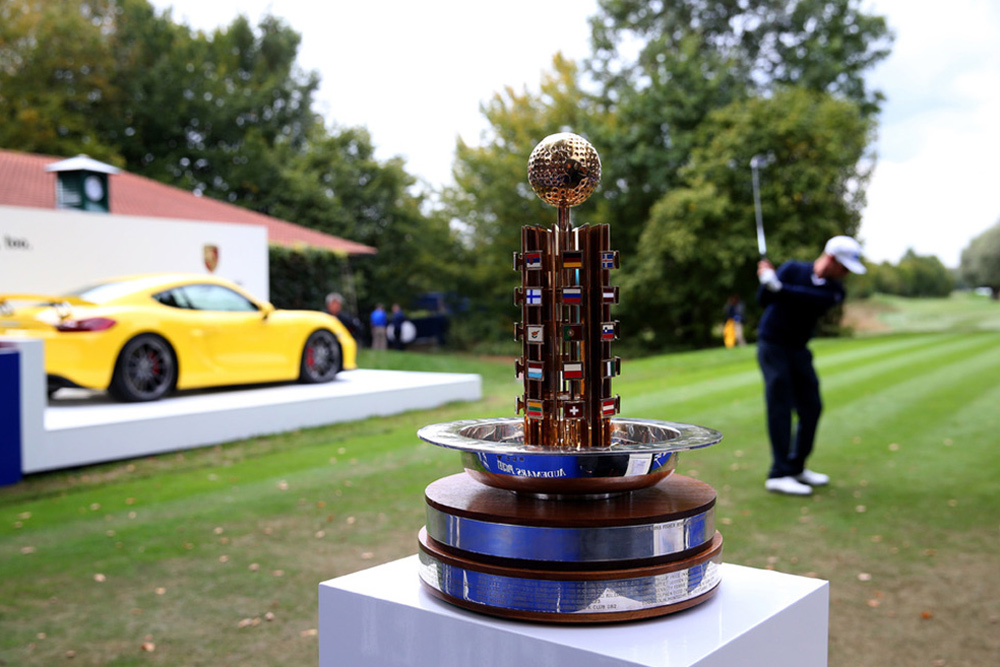 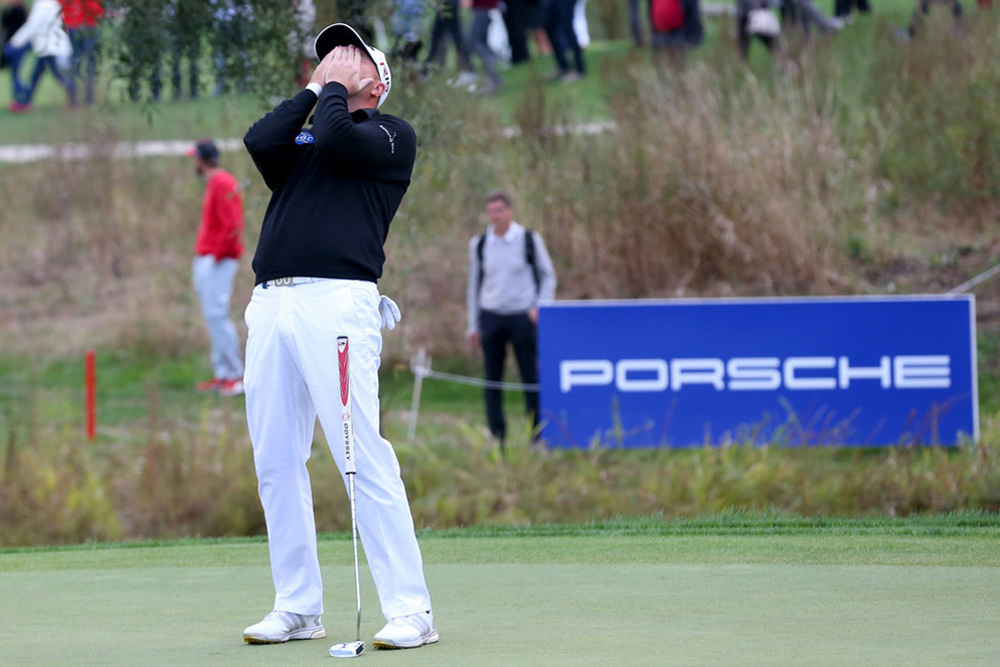 Bad Griesbach. Thongchai Jaidee is the first winner of the European Open in Bad Griesbach. Top of the leaderboard at the start of the day, the Thai kept his nerves in the neck-and-neck race on Sunday to card a round of 67 and finish 17 under par and one shot better than Englishman Graeme Storm. Bernhard Maier, AG Board Member Sales and Marketing, presented the winner’s trophy to the delighted victor who will be taking home 333,330 euro prize money after securing his first win on this year’s European Tour. “Apart from the weather, I love Germany,” said Jaidee who went on to thank his German coach Peter Wolfenstetter. The Bavarian has been working with the Thai for the last 12 years and was at his side all week. “I was nevertheless very nervous before the final putt,” admitted the winner

Runner-up Storm also went round the last 18 holes in 67 but missed out on a possible playoff by bogeying the 17th. In third place was the Swede Pelle Edberg who ended the tournament on 14 under par after shooting a 69. Australian Scott Hend, whose round of 65 was the day’s best, moved up to fourth (-13). After recording a 70 on Sunday, Ryder Cup winner Jamie Donaldson (Wales) (-12) was one place back in joint fifth along with, amongst others, Englishman Ross Fisher who had to be content with a par 71 final round.

The leading German was yet again the golf legend Bernhard Langer. On the final day, as so often in his career, he showed his consistency and ended the tournament in joint 24th on eight under par after posting a 69. “I really enjoyed myself here,” said Langer, “And looking at the spectators, they too. They seemed to like watching a 58-year old holding his own with the youngsters. Congratulations to everybody behind this tournament.”

A 7,200 crowd followed the action around the course on Sunday. Over the four days of the tournament, over 25,000 spectators came along to the Beckenbauer Golf Course, savoured both the top class golf served up by the professionals and the supporting programme of events in the Public Village. “I’m thrilled with the way the week has gone,” said Tournament Director Dominik Senn from the Swiss organisers, 4Sports & Entertainment AG. “It’s very clear that the tournament has basically lived from the fantastic player field here and the main sponsor.”

After its first appearance on the professional golf stage, feels it has been vindicated in its decision to become involved in the event: “We’re extremely pleased with the premiere of the European Open,” said Bernhard Maier when summing up. “Golf of the highest class was on show. attracted a lot of attention and showcased itself as a likeable brand through the attractive supporting programme of activities. The resonance amongst visitors and customers was sensational.”

Many visitors took advantage of the opportunity to inform themselves about the current models on display or secure themselves a souvenir from the Driver’s Selection. customers also enjoyed taking a break in the pleasant atmosphere of the Owners’ Lounge. Many people took advantage of Drive’s offer to go for a test drive in the surrounding area – not only visitors but golfers too. Bernhard Maier: “What’s especially pleasing is the many positive comments made about the tournament in general by the players– and naturally their enthusiasm for our products.”

Please note: the Golf photo library, a part of the Press Data Bank, is available to all accredited journalists at the internet address http://presse.porsche.de. Further contents can be found at www.newsroom.porsche.com, the new Communication service for journalists, blogger and online multipliers.